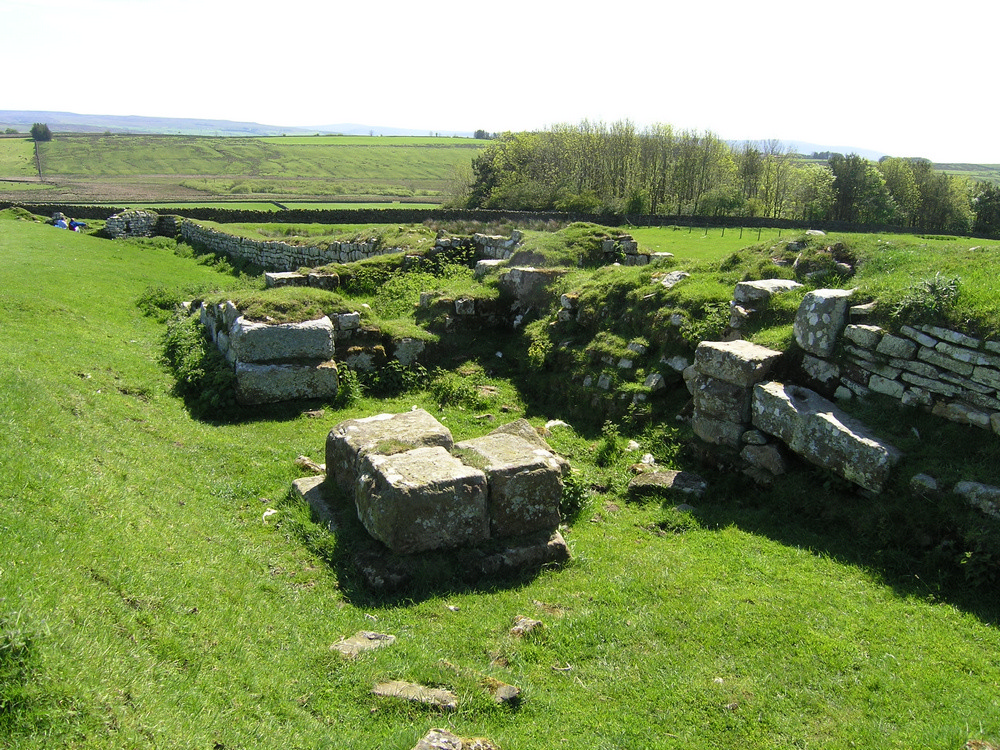 Great Chesters (Aesica) is a great little fort. It sits on farm land along the line of Hadrian's Wall. So it can be officially termed a 'Wall fort'. I've not been back for ages and must do so some time soon. 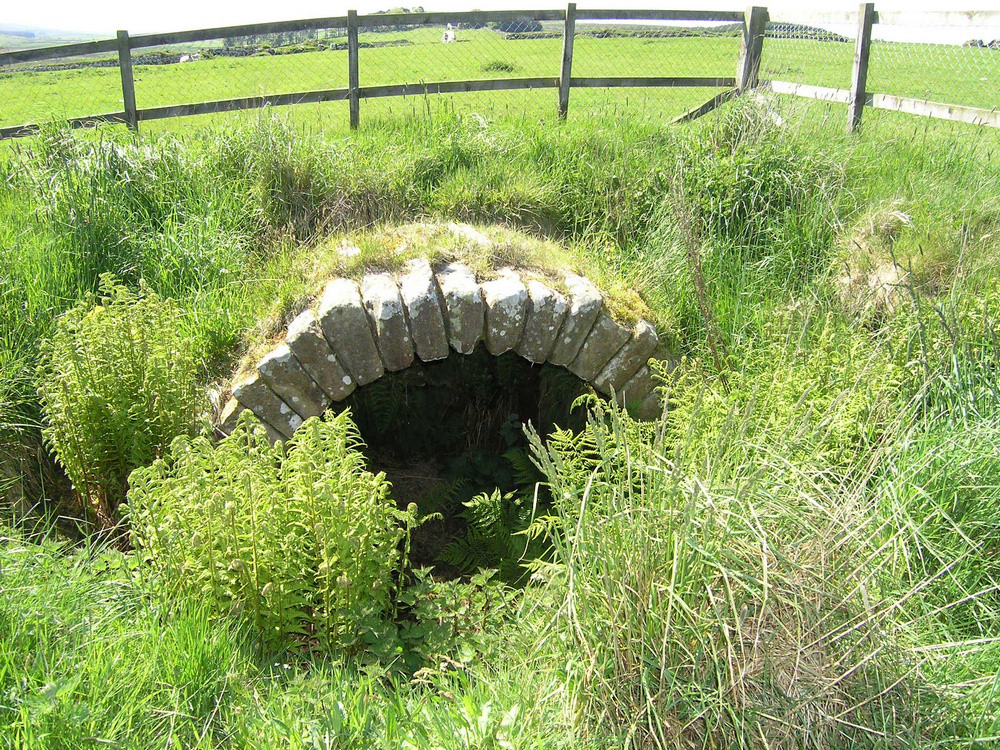 This is (I'm told) the top of the strong room popping out of the greenery (as in photo above).

It has an air of neglect which adds to its charm. In my head I've nicknamed it "The Miss Havisham Fort" on Hadrian's Wall. This link in Wikipedia describes it in more detail. A hoard of treasure was found in the West Tower of the South Gate in 1894 and I quote from there: Aesica - Wikipedia

Excavations were carried out in 1894, during which the ramparts were cleared. The west tower of the south gate was found to contain a hoard of jewellery, which included an enamelled brooch shaped as a hare, a gilded bronze brooch described as a masterpiece of Celtic art, a silver collar with a pendant, a gold ring and a bronze ring with a Gnostic gem. During this excavation the headquarters building (principia) was partially uncovered, together with its vaulted underground strong room. A barrack block was also found to the south-west of the principia.
In 1897 a bathhouse was discovered, 100 yards (91 m) to the south, east of the branch road to the Stanegate. It includes a dressing room, latrine, cold room with cold bath, dry-heat room, warm steamy room and hot steamy room.

There is this interesting short film created by the British Museum  (3 mins.) here which also talks about the complete border around the Roman Empire as created by Hadrian. His stone wall in Northern Britain played a part in his grand plan of protecting/limiting the Roman Empire at its very height. Hadrian: Building the wall - YouTube

There is a very good Hunter Davies’ programme on walking along Hadrian's Wall called The Living Wall: A Personal View of Hadrian’s Wall (if you have 52 minutes to spare). It gives you an extremely good overview of 'Life on/along the Wall' in the times of the Romans and in the 1970s. Totally fascinating and a piece of history in itself.