Nigel and Catherine
We are looking forward to you getting to know us! 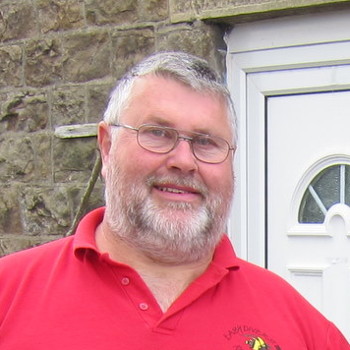 Nigel is originally from Surrey. He has chaired the local tourism association and worked at the Barbican. Now he enjoys making guests welcome and sharing has vast knowledge of the area with them. 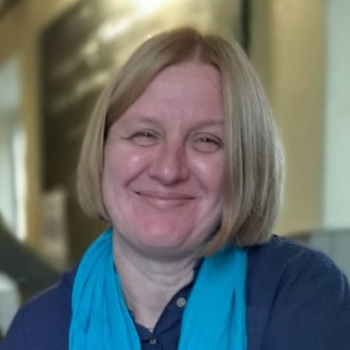 Catherine is from the North-East of England. She enjoys languages, history and being a tour guide. A perfect mix for Hadrian's Wall country and for your visit.

We met at Nigel’s scuba diving centre in Hurghada, Egypt, in 2000 and came back three years later to start a family in Hadrian’s Wall Country.

In early 2007, Nigel and Catherine bought Four Wynds Guest House in Longbyre, Greenhead on the Northumberland/Cumbria border. The ‘Four Wynds’ house is a stone’s throw from Hadrian’s Wall. It is on the Hadrian’s Wall Walking Trail and the Pennine Way. They successfully ran the guest house from 2007 to 2016. During late 2016 Nigel and Catherine won some European funding through Leader to buy two B&B/glamping wooden lodges. As their family was growing up (alongside their dog) they decided to transfer the B&B and self-catering activity over to the lodges. And so, Four Wynds became their family home and Hadrian’s Holiday Lodges and Tours company came into being.

As a result of the changing worldwide landscape during 2020 Nigel and Catherine also decided to introduce luxury glamping facilities to the lodges. You can find out more about what the Eden Lodge and Tyne Lodge offer by clicking on the Lodges page.

In May 2017 the lodges were installed in part of the garden at Four Wynds. They were bought from Lune Valley Pods in Lancashire. They have been a great hit with our guests who absolutely love them. We have many repeat guests who come back for more!

In 2009 Catherine trained as a Tour Guide for Hadrian’s Wall Heritage Ltd. With the Institute of Tourist Guiding at Vindolanda and The Roman Army Museum. Catherine volunteered at these sites for several seasons and also volunteered at English Heritage/National Trust Roman site at Housesteads.

Catherine offers tours of nearby Roman sites and offers tours of other periods of history. Please click on the Tours page for more details. Catherine is fully insured, is outdoors first aid trained and has much experience of leading tours in the North-East and North-West area of England for over eleven years.

Catherine speaks Spanish, Italian and French. She is a Committee Member of Minimus Latin - The Primary Latin Project Committee from 2011. She has taught Primary Latin at local schools in clubs and on the curriculum. Catherine is available to give talks, walks, presentations and lectures. Catherine is also busy creating another company called Handy History.

© 2017 - 2023 Hadrian's Holiday Tours
Our new accommodation was part-funded by the European Agricultural Fund for
Rural Development through the Northumberland Uplands LEADER programme.